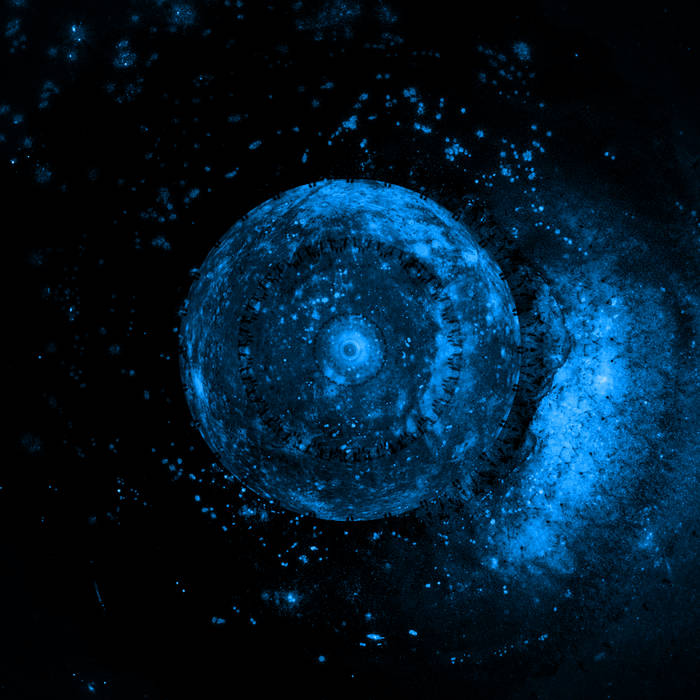 Robin Jax (RobinPlaysChords) and Amber Bird (Varnish) are travellers from similar universes. Both are on the Autism spectrum. Both are lovers of music and fighters of demons. They find meaning in science fiction and the warped edges of a reality that seems excessive to their alien minds. It's no wonder that their sound has a hint of the cosmic, and their lyrics encode the universal as lived by the extraterrestrial.

On "New Earth", their debut single as The Companions, Robin and Amber come in peace, and in harmony. After the cleansing hum of "Blaidd Drwg", arpeggios initially gleam like stars before the title track is engulfed in a fiery supernova of electric guitars and clanking percussion. The Companions sing of rebirth and existence, but there is a price to pay - for all of the new, everything returns to "the same ground you're buried in/the same gravity that pulled you down", and then back to the stars from whence it came.

"New Earth" might suggest that The Companions are avowed melancholists, set apart on this plane of existence, but closer "(parentheses)" offers a warmer outlook. Organ swells move at a glacial pace as a realisation of a very human feeling is made - "Your love is a curve/That rewrites my history/Like I've always known you", a declaration that covers an ocean, a planet, a universe. Maybe that is only a fleeting experience, as more electric guitar scorches the remains of what came before, but its intensity leaves a permanent mark.

As the first knowingly transatlantic Autistic duo, The Companions have put a marker down with "New Earth". This recording tells us of a wonderful, contradictory world that they have navigated together and alone simultaneously. Where they go from here, and the potential for others to follow, is something we should all watch very keenly.

All songs by Robin Jax and Amber Bird

Engineered by Jack Gilbert, Tim Ellis and The Companions

Produced by Jack Gilbert and The Companions

Transatlantic Autistic duo The Companions (Robin Jax of RobinPlaysChords and Amber Bird of Varnish) have slipped time and space to build a signal fire of song that brings light to the darkest corners. They find meaning in science fiction and the warped edges of a reality that feels excessive to their alien minds. Slowcore-inspired with a cosmic edge, the universal as lived by the extraterrestrial. ... more

Bandcamp Daily  your guide to the world of Bandcamp